SO MANY PROJECTS...SO LITTLE TIME

BELOW ARE SHOWN PHOTOS OF SEVERAL PROJECTS THAT ARE IN VARIOUS STAGES OF INCOMPLETION.

1. This DL&W Boonton Coach started as an Athearn standard coach. The first major modification was the removal of the ends and vestibule doors. The reconstruction was accomplished using styrene shapes, wire and commercial parts. 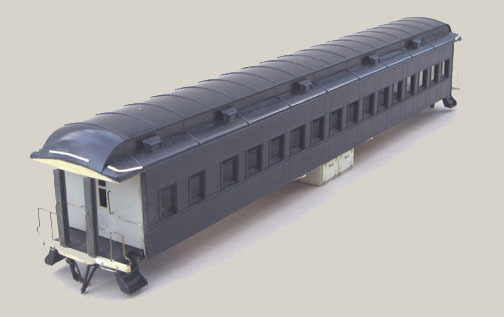 The second major modification involved the floor. Only the ends of the original floor were used. These remnants included the steps. The remainder of the floor was assembled from wood and styrene shapes along with scratch built and commercial parts. 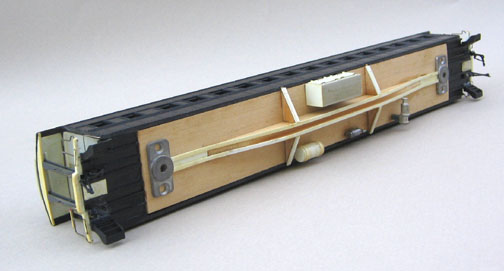 The main floor section was attached to the end pieces with gussets made from styrene sheet. 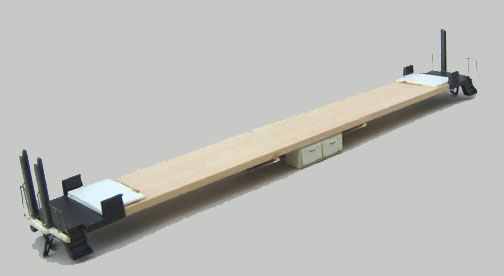 2. This double ended doodlebug RPO is a freelanced kit bash designed specifically for service on the Ogden Mine Railway. It was constructed from a Roundhouse Harriman RPO along with a number of scratch built and commercial parts. 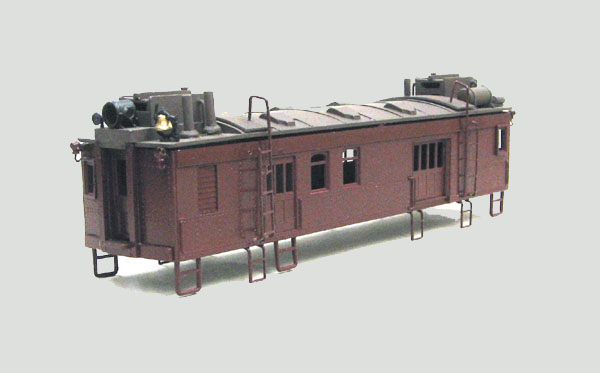 3. The following cars are still under construction. The first is an RPO. 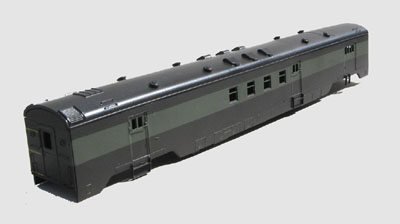 What a difference stripes and lettering make.... 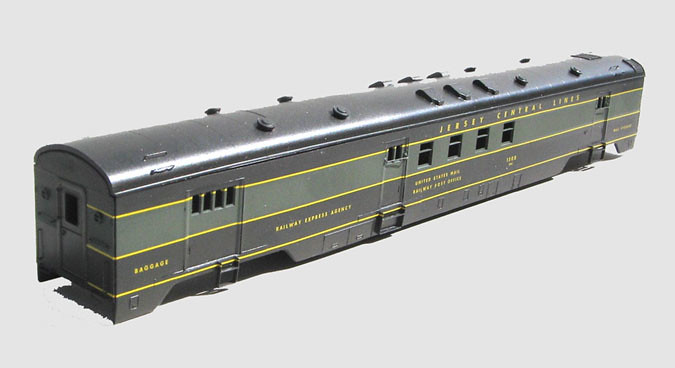 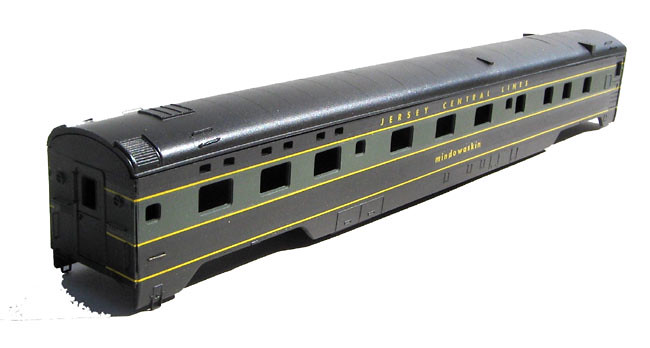 This is another experimental color scheme.

4. Other than painting this Jersey Central Lines, Baggage-Post Office (BPO) is just about done. I started with an Athearn model, cut the ends off and modified the window arrangement. The ends were rebuilt as was the underbody.

5. The following photos show a CNJ cafe car kit bashed from Rivarossi passenger cars. I like what these models look like at this stage as all the component pieces are visible.

Here is a comparison of the model to the prototype.